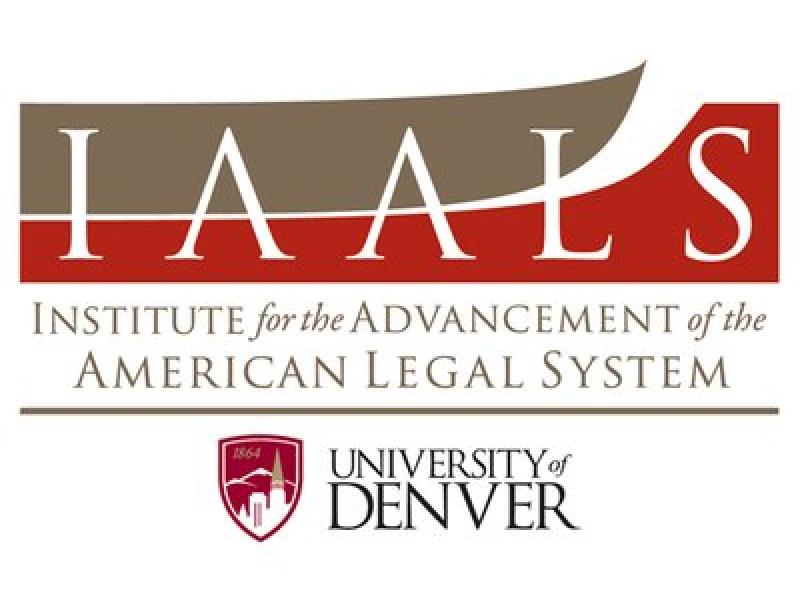 The Institute for the Advancement of the American Legal System at University of Denver launched an series of conversations about the pathways to realizing justice for all. In their Paths to Justice Summit Series, IAALS explored the impacts of the pandemic, access to legal help, and racial justice. The programs highlighted below relate to their webinars on Racial Justice.

Visit the IAALS Paths to Justice Summit Series homepage to explore other topics surrounding this project.

Paths to Justice: Identifying Barriers to Equity in the Justice System

This program focused in on barriers to equity in our justice system. We have to recognize—and reckon with—the fact that justice is not equally distributed. There are many ways in which our system is set up that create injustices and inequities based on race and ethnicity, socio-economics, gender, and disability. Justice system reformers, including IAALS, must be mindful of such barriers so that innovations and system improvements are implemented in a truly equitable way.

IAALS published an issue paper from the event, which is available here.

Video of the event is available here.

SRLN's Projects Manager, Eduardo Gonzalez, participated in the subsequent webinar focusing in on the intersection of racial justice and public trust & confidence.

Paths to Justice: The Intersection of Racial Justice and Public Trust and Confidence

Building on our December 15 webinar, which examined barriers to equity in our justice system, this program featured national legal experts and explored the intersection of racial justice and public trust and confidence. What are current levels of public trust and confidence in the civil justice system, and how do systemic racism and societal inequities affect those levels? Should we be looking at focused change to the current system, or do we need to think bigger and envision new approaches to delivering justice?

Video of the event is available here.