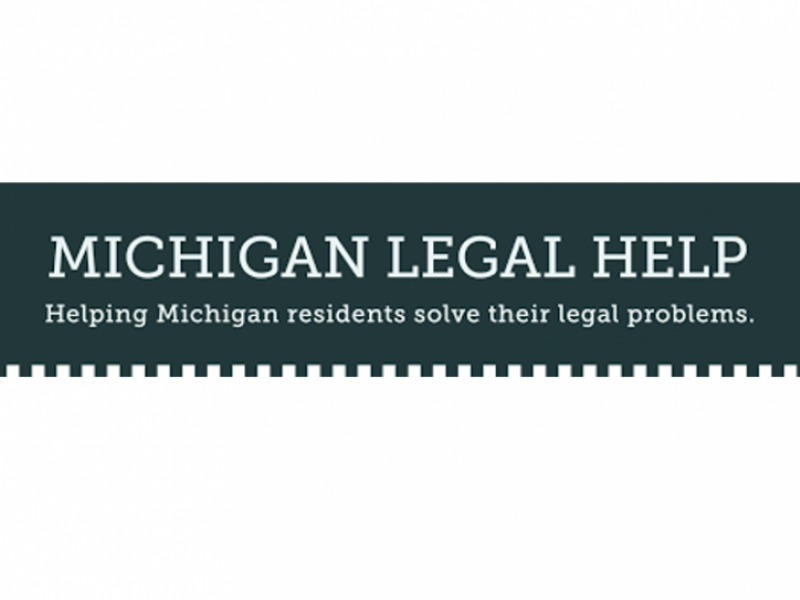 The Michigan Legal Help Program (MLHP) consists of two components: an interactive statewide website and affiliated Self-Help Centers that provide legal information assistance to individuals representing themselves in simple civil legal matters in Michigan. The Michigan Legal Help website (MLH) has many tools for visitors, including articles, common questions, and detailed step-by-step instructions. MLH provides links to lawyer referral services, self-help centers, legal aid programs, and other community resources. Another central tool on the MLH website is the collection of interactive online “interviews” that use litigants’ answers to simple questions to populate State Court-approved forms necessary to process a legal matter from start to finish. The website launched in September 2012, and the first four Self-Help Centers opened that fall. An additional 3 local MLHP Self-Help Centers opened thereafter. In 2014, the Michigan Legal Help Program received a Technology Initiative Grant (TIG) from the Legal Services Corporation to support an evaluation of the website’s efficacy in assisting self-represented litigants to resolve a legal matter — in this case, divorce.

This report shares the findings of that evaluation, which analyzed quantitative and qualitative data to answer the driving question: How successful are Michigan Legal Help website users in completing the divorce process? Success was primarily defined as reaching a judgment within a reasonable time frame. The experience of Michigan Legal Help website users was compared to that of other self-represented litigants and attorney-represented litigants. The evaluation also produced important data about divorce and self-represented litigants in Michigan that can be used to improve the experiences of litigants and courts. In addition, the data set can be extrapolated with confidence to provide an understanding of the divorce process across all Michigan counties.

The evaluators discovered these key findings:

This evaluation also sought to gather information about which parts of the legal process are most challenging to self-represented litigants and whether the use of the MLH website has resulted in a positive impact on court interactions with self-represented litigants. Interviews with court and self-help center staff were conducted with the goal of uncovering potential opportunities for improving the MLH website to better serve the needs of both self-represented litigants and the courts. Several of the recommendations derived from the interviews and the data analysis are in the process of being implemented already, such as the creation of a judgment-only divorce interview. Others have greatly aided in the future planning of the direction of the Michigan Legal Help Program, such as automatically including fee waiver forms with other documents produced for litigants who are receiving public assistance, and making it easier for litigants to notify the court when they decide to dismiss a divorce.

The full report is available at: http://www.mplp.org/Taskforces/technology/michigan-legal-help-evaluation....