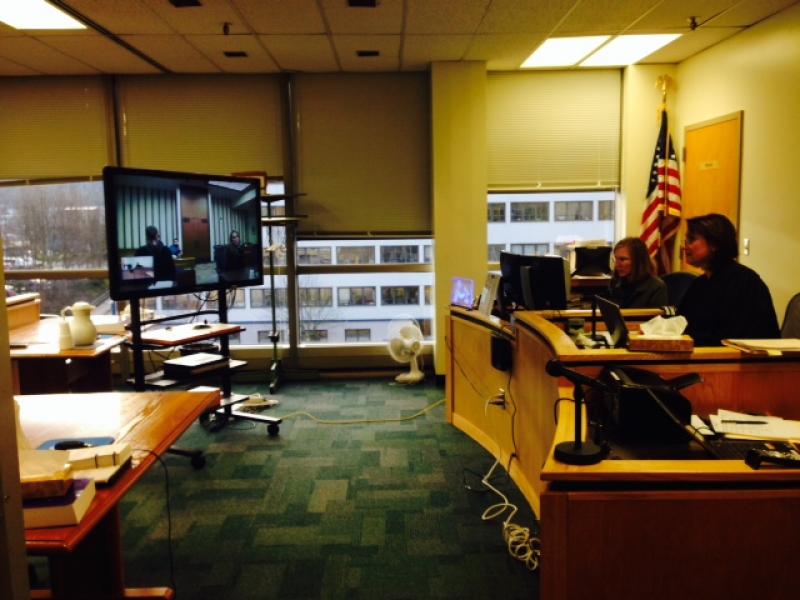 To decide which cases go through the ERP, the courts use a two-level triage process. First level of triage consists of screening the case to determine if it is suitable for ERP. In screening a case, the review looks for likelihood of settlement and operates under the premise that all cases have the potential to settle with the right assistance. This means that the screening looks at reasons to exclude cases including an active child protection case, active domestic violence, significant DV history, an incarcerated party, complicated finances, a need for substantial fact finding, contested relocation involving children, and more. Where parties aren’t in agreement, they’re accepted into ERP if young parents with a young child are involved, the solution to the case is obvious, litigants have some sort of unrealistic position on the desired case resolution, or there’s a sense that at least a partial or interim agreement can be reached.

Stacey Marz, the Director of Family Law Self-Help Center (FLSHC) at Alaska State Court System, said that this exclusion approach to screening, “is primarily due to belief that the adversarial court process creates conflict between the parties from the get go. Parties regularly plead positions that are extreme or unrealistic and reach resolution on totally different arrangements. Some even admit at the end of an ERP hearing that they didn’t mean what they said in the complaint but thought they needed to plead more extreme positions as a negotiating tactic recognizing it would be something “less” in the end. As such, the parties’ positions are not necessarily reliable of whether the case can resolve without trial. Treating most cases as capable of resolving with appropriate legal assistance and excluding those that have specific issues that would impact their ability to resolve in ERP has been a successful triage approach.”

The second level of triage identifies which type of type of legal assistance is appropriate based on the issues and characteristics of the case. In advance of ERP hearings, the screeners decide whether parties would benefit from volunteer attorneys, a mediator and/or a settlement judge. To maximize efficiency, ERP cases are mass calendared with up to eight cases scheduled for the same hearing before a settlement judge. The ERP hearings occur early in the process, usually within three weeks of the answer being filed. Depending on the issues in the case and the parties’ positions, the parties either work with unbundled volunteer attorneys, mediators and/or the settlement judge to resolve the issues in the case. If full or partial resolution is reached, the settlement judge hears the agreement and the final paperwork is issued in the courtroom.

To create this program, Stacey told me that “three things were essential: a mature self-help services program, effective partnerships and visionary leadership.” Partners and people needed to be innovative and flexible for ERP to launch. She added that these partners, “included a judge who was willing to try a new approach in managing her self-represented case load, the FLSHC which could manage the logistics, provide forms and instructions to the SRLs and work with partners. The Alaska Pro Bono Program who was willing to find unbundled volunteer attorneys, train them, help figure out the screening protocols and coordinate the volunteers, help to trouble-shoot what was working and what needed improvement, provide malpractice insurance and keep the volunteers coming back regularly.” The court’s mediation program became an enthusiastic partner in the program because of the increased the number of appropriate cases in which mediators worked. Similarly the state child support agency and court custody investigator’s office have gotten involved, providing their expertise regarding child support issues and child development and parenting plans respectively.

Stacey also told me that, “visionary leadership and support from the highest levels has been instrumental in sustaining ERP. The Administrative Director and the Chief Justice of the Supreme Court have been incredibly supportive of the ERP approach.” With their support the program has expanded to cover several court locations and involve many different judges hearing ERP cases. Stacey added that listening to partners and data collection about cases to measure success have also been key in ERP’s sustainability.

The ERP’s success hasn’t come without challenges. The Program’s leadership found initially that some judges were reluctant to turn over control over their cases to the program, mediators needed to adapt to faster and shorter timelines than they were used to, and court managers needed to be flexible and adaptive.

Stacey added that for those working on expanding access to justice, if implementing a full ERP program isn’t feasible, it is worth exploring “doing just a part that benefits litigants and the court system.” She said that these pieces might include making reminder phone calls to reduces Failure to Appear rates while preparing litigants, scheduling more than one case involving two SRLs during a time slot, putting “easier” cases that involve cooperative parties who agree first to set the stage for later cases, using a scheduling order that encourages settlement, and pre-filling out court documents or automating them when possible.